The Best Truck Driver Staffing Agencies To Work For

Wouldn’t it make life easy to know exactly which agencies to work for with the best commission, many job options, and endless opportunity working from anywhere?

Meet Joe. He supports his family and he has goals.

When he wakes up, he listens to his alarm clock until he can’t stand it anymore and his wife is groaning at him to get up.
He drags his feet to the bathroom, but avoids the mirror.
There’s nothing left to see. His light left him a long time ago. He would rather not face this version he has molded into over the years.
Joe works 9 to 5 every workday for a big corporation.
He’s conformed to become like a lifeless robot, pushing out the same output and receiving hardly any input. He does the same thing every day; he says the same rhetoric, same sales routines, receives the same bleak abyss of opportunity and virtue. His weekends consist of sleeping, drinking, and mentally preparing himself for the new week.

One morning, Joe meets his eyes in the mirror.

Joe releases what he has been bottling up for so long.
It comes out in a deep, clenching yell. It erupts from his chest and shudders his face.

Tears stream down his cheeks.
He stares down the reflection in the mirror,

“Why are you doing this? You’re doing nothing for this world, let alone for yourself.”
Joe had enough. Joe needed to make a change.

Joe did not have the time or money to go to college.
He jumped right into the workforce because he became a young father.
He needed to become a man as soon as he could.
However, this made Joe take on heavy amounts of stress, and honestly, he missed out on his youth.
He adores his family.
He did everything he could for them.
But his opportunities were limited.
But he lost touch with who he was.
And Joe knew his family deserved more.

Joe did some searching – inside himself and online.
How could he make the most money without spending most of his time?

How could Joe spend more time with his family and friends and travel?

Joe certainly knew what he freedoms he wanted, but he didn’t know how to find the right job.

Joe got a serving job in several restaurants. He started at a diner for a few months, but the tips were not helping him pay his bills and feed his family.

He moved on to a nicer establishment, but he got fed up with hungry, pretentious people. He felt like he was serving the jerks he used to work for in corporate.

He felt like he was being treated unfairly by the managers along with the customers.

His wife and little ones also missed their dad because Joe had to work nights and weekends.

Joe was nervous about relying on tips and wasting his experience to work towards a great career, so he chose a field that was similar to his corporate job, but his commission checks made his income dependable again.

He didn’t have many other options. He decided to stick with what he knows and try a different angle.

The phone sales job was like his old corporate one, but the differences made it interesting and he could really connect with people. However, he was pushing the same products again.

After a few months, Joe’s stress and depressive feelings were starting to develop again.

And he did not gain the freedoms he had in allowing him more time with his loved ones and to travel the country.

Joe made some new friends in his multiple jobs he tried out.

He heard of how much money truck driver recruiters could make, around $1,200-$2,800 for hiring just one truck driver.

He was already recruiting in his phone sales job, so he thought, Why not give a try?

That type of commission was incredible! He interviewed for a huge trucking company and got the job as a recruiter.

He was surprised how much he enjoyed it. The drivers were interesting and he felt genuinely good about helping them find their next job.

However, it was difficult at times trying to convince all these drivers to take the undesirable jobs that were available. Joe wished he could open the field to offer quality jobs, rather than pushing the same ones.

Joe reached out to Josh Hicks.

Josh K Hicks is an entrepreneur who created his own agency of truck driving recruiting by developing an umbrella agency for multiple Fortune 500 trucking companies.

He hires drivers all of over the nation.

And better yet, Joe found out he could just work from home…

He couldn’t believe it.

Joe was thrilled about the job and confident after speaking with Josh Hicks himself. However, his wife was skeptical.
She emailed back and forth with Mr. Hicks to learn more about the opportunity.

On average, a truck driver recruiter makes an income of $93,600 a year.

There is no limit or cap on how much you can make.

The average hires are 78 a year and the top recruiters schedule 3-10 hires a week.

With over 20 years experience, Josh Hicks put together the secrets, steps, and companies to really excel. He created his own companies that don’t just push for one logistics brand, but multiple across the whole country.

Josh Hicks is an honorable trainer in recruiting and coaches his team, while also granting a support center that is available via Skype to help in the process.

His recruiters usually schedule 2-3 drivers a week and often more.

The opportunity is endless. 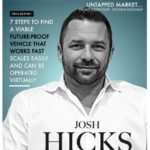 7 Steps To Find A Viable Future-Proof Vehicle That Works Fast, Scales Easily And Can Be Operated Virtually 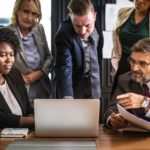