All of us consider making money online at some point. And who is to blame? Nobody can resist the comfort of working from home. That said, most people don’t realize that earning online takes a ton of time and effort. You must put yourself out there and force yourself forward to succeed. Because we’re building real businesses here. Unfortunately, it’s where MLM (Multi-Level Marketing) jumps in and tells you that it’s not hard to make it out there.

In this model, you just have to recruit salespeople who ultimately recruit more salespeople, and the chain continues. Here, they pay the sales force as well as the people they recruit. In other words, it’s a word-of-mouth sales-centered relationship, where the goal is not to just sell to someone but to encourage them to become a seller too. They make it seem super easy to make money this way, and it’s certainly super tempting at first glance. However, the downsides outweigh the benefits.

Let’s look at 7 reasons to avoid multi-level marketing below:

1. Not Viable Because It’s A Pyramid Scheme

The MLM just isn’t viable in the long term. The people making actual money are sitting on the top – who’ve recruited 50 to 100 people under them. They earn by recruiting others to sell products and get a commission from there. Although they can easily name the 5 to 50 people they recruited who are earning well, they won’t name the others who are failing miserably. Since this is just a game of trust, you’ll soon run out of people who’ll give in to your scheme.

Let’s focus a little more on recruitment. Essentially, your job as an MLM company is to turn other people into sellers. You’ll explain how fantastic it is to be a seller, how much you’ve made as a seller yourself, and sell them the dreams you haven’t reached yourself.

Accomplishing such dreams depends on how many people you can convince to buy the dream. Even if you manage to interest some friends and families to buy such dreams, soon they’ll see through your dishonest approach. Then you have to find a new group of people – and the cycle would continue.

3. You Don’t Have Any Control

When an MLM associate comes to you, there’s only one goal in mind: tapping into your interest of becoming an independent business owner and finally having the scope to be your own boss, work as you like, have control over your income.

Sadly, that’s far from the truth. Under that sugarcoat, there’s spice. The truth is: you’re always at their mercy. As an MLM associate, you’ll have to say things and sell things they want you to. Their strict guidelines will include a ton. That’s because: here you won’t be paid to stay honest, you’ll be paid to make the sale. And they’ll condemn you if you don’t follow the rules.

4. You’ll Have To Cheat Your Close Ones

MLM focuses on getting started by selling to people close to you – friends and family, to be precise. You basically exploit their trust and loyalty to launch your own business. This can destroy your relationships in the long-run, especially if you can make them a part of the scheme too. You’d sell items you don’t have personal experience with and don’t believe in. Plus, the items would be extremely overpriced compared to the quality.

In all honesty – this is not the sort of business you want to join because it’ll make you work hard to regain the trust of people who trusted and advocated for you. People just don’t like being exploited. Who can blame them?

5. You Must Fake It Until You Make It

Sadly, to reel people in on the dream of owning a business, you must sell them the dream. And remind you – the dream is to find more people to register who’ll push the company forward more than the product itself. That’s where the actual leverage lies.

At first, you’re capitalizing on a dream you haven’t accomplished yourself. The scale to accomplish your dream is related directly to the number of people you can convince that the dream is genuinely feasible. The practical reality of your current life may be the complete opposite of what you preach. Maybe you’re working super hard to pay the bills. The time you need to invest in the business is much more than you thought.

While it seems super easy on paper, the reality is different. You must also prepare a sales pitch that’s way too sugarcoated.

While this may be a generalizing statement, it’s not the scenario for every product. That said, there’s some truth to it. Often, how you earn money from product sales comes from savings the organization makes by outsourcing the big part of marketing and sales to you. Then the idea is the savings get returned to you and the up-line. Depending on the product, often an item is equally costly, if not more. Especially if you entertain the extra cost of handling and postage.

At times, people get hooked on the business opportunity hype and get blinded by just how mediocre quality the items are. People become a bit too excited about the items – which comes off super dishonest. If the product is trashy, or there isn’t a quality item, then it becomes a shady pyramid-scheme that you can’t sustain for long.
For this reason, even if you start working with an MLM, ensure you love the item more than the scope to make money. Ensure you see the long-term value of the item so you can be authentic.

People tend to get into such business thinking it’ll become a daily part of their life. Maybe you told your friends and family what you do. After some time, you’ll be catching up with them, hoping to funnel them into the offer. After that, you’ll approach your wider contact network. But there’s a problem with that.

MLM has been present for a very long time and earned a poor reputation, irrespective of the reputation of the company you’re working for. You’ll face many people getting turned off instantly because you’re working with a network marketing organization. Certain people would get annoyed because you contacted them with an ulterior motive and not just catching up.

Such companies urge you to pitch anyone and everyone. People often create workbooks to write down everybody they know and then begin reaching out. Huge mistake. Never pitch your close circle. If you’re forced at gunpoint to pitch, then find a laser-targeted demographic far away from your close circles. Even then, you can’t sustain it forever.

Chase your own dreams. Don’t buy into a manufactured fantasy. MLM companies preach that it’s a business opportunity for the masses. It’s a hands-off offer that eliminates the need to be creative and is great for people who are not purebred entrepreneurs and don’t want to start from scratch.

You can do much better than MLM. Create your own products and sell them. Write books, record podcasts, film videos, create courses. Share your skill. Share your story. It’ll all pay off in the end. 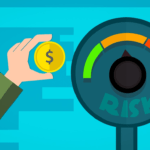 5 Things to Invest in When a Recession Hits 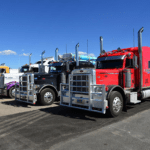